Natasha Lloyd is an actress, host, model, speaker, and comedian, as well as rapper under the name "MC Goldiloxx". She has appeared on various TV shows, including The Young and the Restless, The Bold and the Beautiful, and Vida. As of June 11th, 2019, she has become a user on this Wiki. Her account can be found here. Furthermore, her website can be found here. 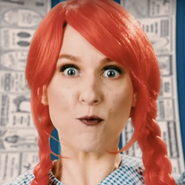 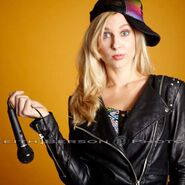