Mamrie Lillian Hart was born on September 22nd, 1983 in Dover, New Jersey. She is an American comedian, actress, writer, and performer. She is most notable for her YouTube show, You Deserve A Drink, as well as the variety show and tour #NoFilter, which she co-hosts with best friends Hannah Hart and Grace Helbig. She has also co-produced and starred in two comedy films, Camp Takota and Dirty 30, both alongside Helbig and Hart. 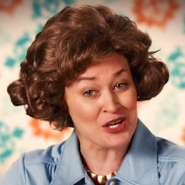 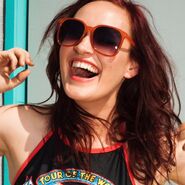