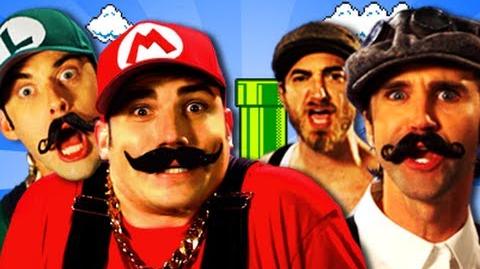 Mario Bros vs Wright Bros is the eighteenth installment of Epic Rap Battles of History and the third episode of Season 2. It features the protagonists of the Nintendo video game series, the Mario Brothers, rapping against the fathers of flight, the Wright Brothers. It was released on February 16th, 2012.

[Note: Orville is in light brown, Wilbur is in dark brown, Mario is in red, and Luigi is in green. If either duo is rapping together, they will appear in regular text.]

We're the Wright Brothers, and there can't be no other!

We stayed up all night playing Donkey Kong.

You should eat something anyway. Look at you, so skinny!

We don't need to fight. We're the fathers of flight!

Conquer every level of your 2-D scroller! 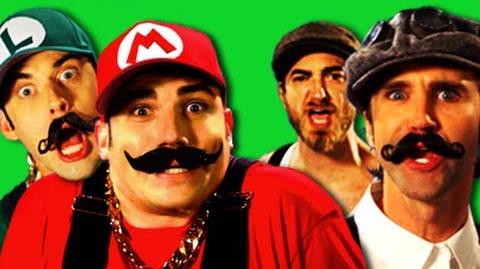 Epic Rap Battles of History. Behind the Scenes. Mario Bros vs Wright Bros. 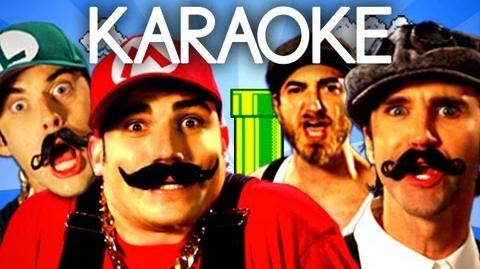 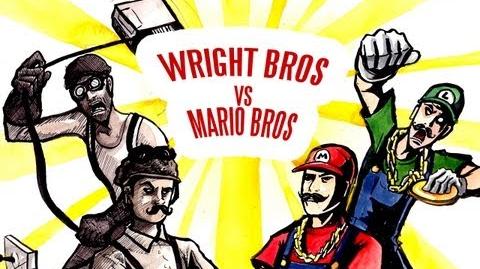 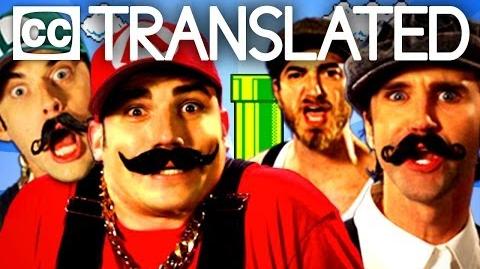