Meghan Tonjes portrayed Catherine the Great in Alexander the Great vs Ivan the Terrible.

Meghan Len Tonjes was born on November 19th, 1985, in Detroit, Michigan. She is an actress, singer, songwriter, host, and YouTuber. She is most notable for covering a variety of popular songs. Her website can be found here. 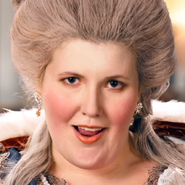 Meghan Tonjes as Catherine the Great 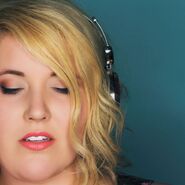 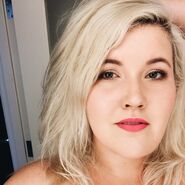 Tonjes' Twitter avatar
Add a photo to this gallery
Retrieved from "https://epicrapbattlesofhistory.fandom.com/wiki/Meghan_Tonjes?oldid=1403754"
Community content is available under CC-BY-SA unless otherwise noted.