Michelle Glavan was born on January 12, in Portland, Oregon. She is an entertainer and YouTube personality. She currently studies improv at the Upright Citizens Brigade theater and writes/produces comedy sketches and music videos for her YouTube channel during her spare time. Glavan has made cameo appearances in such television shows as Workaholics and Community. Her website can be found here. 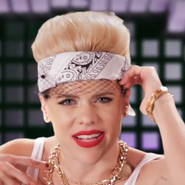 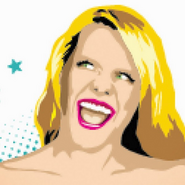 Glavan's YouTube avatar
Add a photo to this gallery

Retrieved from "https://epicrapbattlesofhistory.fandom.com/wiki/Michelle_Glavan?oldid=1485515"
Community content is available under CC-BY-SA unless otherwise noted.