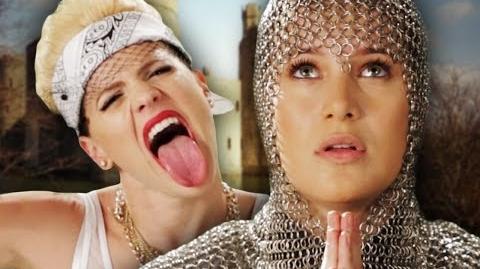 Miley Cyrus vs Joan of Arc is the thirty-sixth installment of Epic Rap Battles of History and the third episode of Season 3. It features modern pop singer, Miley Cyrus, rapping against 15th century French war heroine, Joan of Arc. It was released on November 4th, 2013.

Jessi Smiles as Joan of Arc

[Note: Miley Cyrus is in light yellow, Joan of Arc is in silver, and Miley Stewart and Lilly Truscott are in pink.]

Let me guess, you're here to hate?

Well, you can stand in the autograph line and wait!

'Cause I'm all twerk; I got all day

You died a virgin girl. Who you think you messin' with?

It's Miley Cyrus; I'm the hottest thing since Britney, bitch!

I'm getting lifted on that molly, get that party turned up! (Yeah!)

You're getting lifted on a stake, get that body burned up! (Ouch!)

Had enough? It's my habit; when I grab the mic, I milk it.

You could say this rap is like my alter ego 'cause I killed it!

Lord, forgive me for the words I speak.

I know the voices of the angels tell me turn the other cheek,

But I'm about to rip Hannah Montana's tongue out through her teeth!

When it comes to bad bitches, I'm the patron saint,

But I only get down on my knees when it's time to pray!

I came to Frenchmen's aid in their time of need

'Cause I'm the maid of Orleans. You're the Mardi Gras beads, honey.

My father taught me things your daddy couldn't teach ya.

Your highest calling was a text from Wiz Khalifa!

You gotta die for something, Miley. Just picture your epitaph:

"Had the world watching, chose to show them all her flat ass!"

You're a cross-dressing peasant betrayed by those you defended!

But when I come under fire, I can hashtag handle it!

If God's in your corner, girl, you need better management!

Do not take the Lord's name in vain, you ratchet skank!

Your manager's riding you to the achy breaky bank!

Be thankful for your talent; don't just rub it on your crotch!

Keep your party in the USA. Vive la France!

You gettin' lifted on a pyre; get that body burned up.

The country she defended sold this cross-dressin' peasant! [laugh track]

I know the…voices told me turn the other cheek.

But I only get down on my two knees when it's time to pray!

I can't help but bring the heat, I'm a human firebomb! 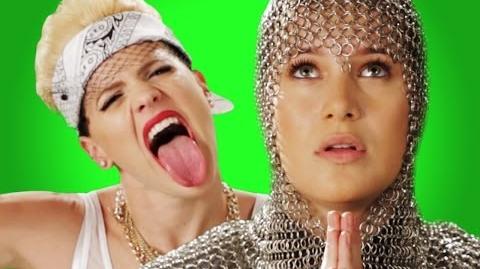 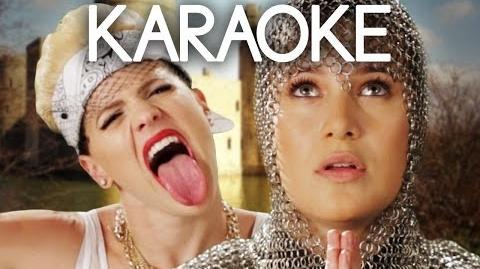 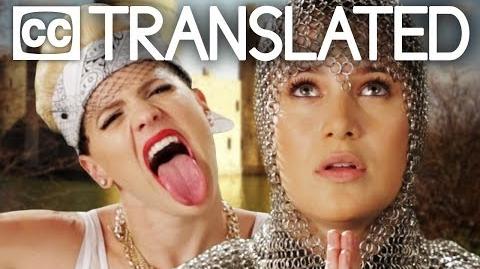 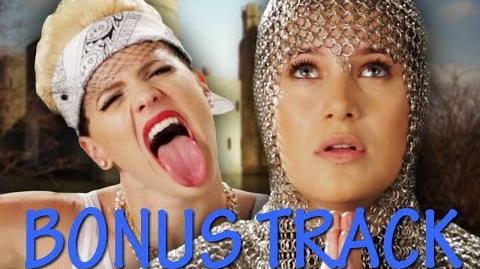 Retrieved from "https://epicrapbattlesofhistory.fandom.com/wiki/Miley_Cyrus_vs_Joan_of_Arc?oldid=1487869"
Community content is available under CC-BY-SA unless otherwise noted.