Morgan Christensen portrayed the Stormtrooper(s) in Darth Vader vs Hitler, Hitler vs Vader 2, and Hitler vs Vader 3, himself in Nice Peter vs EpicLLOYD 2, and R. M. Renfield in Vlad the Impaler vs Count Dracula.

Morgan Christensen is an actor, writer, and member of the Epic Rap Battles of History crew. He began as a costumer for Cleopatra vs Marilyn Monroe and has intermittently worked as a costuming assistant since Batman vs Sherlock Holmes, as well as a senior production assistant since Donald Trump vs Hillary Clinton. As of Season 6, he has been credited as costume designer on all battles, as well as property master on Ronald McDonald vs The Burger King. Outside of ERB, he is known for his work on the short films "Trailer Park Gigolo", "Open House", and "TL;DR (Too Long; Didn't Read)". As of June 15th, 2019, he has become a user on this Wiki. His account can be found here.

Christensen made a cameo appearance as a part of the frustrated crew during EpicLLOYD's first verse when he said the line, "ERB2 is right! I'm covering your ass behind the scenes!"

Morgan Christensen as a Stormtrooper (Darth Vader vs Hitler)

Morgan Christensen as a Stormtrooper (Hitler vs Vader 2) 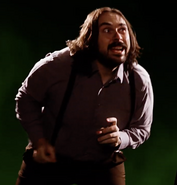 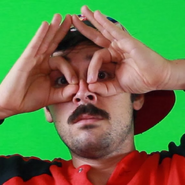