Mozart vs Skrillex is the thirty-second installment of Epic Rap Battles of History and the seventeenth episode of Season 2. It features classical composer, Mozart, rapping against electronic musician, Skrillex. It was released on April 8th, 2013.

My name is Skrillex, man! Welcome to the Devil's Den!

I'm a scary monster stomping this sprite in frilly pants!

You're a weirdo, Wolfie! You're into powdered wigs and poop,

And your cousin blew notes on your little Magic Flute!

Your daddy issues make the Jackson Five look like The Family Circus!

You might have been a genius, but you died baroque and worthless!

You're the lamest! Kiss my ass, A-A-A-A-Amadeus!

Was that a verse, or did you just get the hiccups?

I'm a prodigy, Sonny, and I'm about to smack a bitch up!

My music is two hundred years old, and it's still excellent!

In two more months, the world will forget about your Skrill-excrement!

I can't believe the way you dress when you dubstep out of the house!

You're like an emo Steve Urkel, and you (ooh!) reek of dead mouse!

I am the world's greatest composer! No one knows what you are,

Except a lonely little troll who knows how to press a space bar!

I attack! You decay! Can't sustain my releases!

Sidechain, Wolfgang! Bangarang you to pieces!

I'm a self-made man. You're a slave to your papa!

I'm a r-r-rock star, mix you with the bass and drop ya!

Kids explode and get mobile! No one even knows you!

I make the whole world move! You play community theater!

I gained your same fame from home on a blown out speaker!

Tell me, what comes after the sixty-eighth measure of diarrhea?

And what kind of drugs does it take to enjoy this? I've no idea!

I've seen more complexity in a couch from IKEA!

You go piano to fortississimo!

That means soft to very, very loud, 'cause I'm guessing that you didn't know!

Why don't you put down your Cubase and pick up a real bow?

I rocked harder than you when I was five years old!

Was that a verse, or just a series of hiccups?

Why don't you step aside and let a prodigy smack a bitch up?!

You better run as fast as you can, 'cause you're a flash in the pan,

And pretty soon all your fans will drag your tracks to the trash cans!

I am a great composer, no one knows what you are!

Something about hitting a dead mouse on a space bar!

I was supporting my parents with music before you even knew you were adopted!

You claimed your skill with ages, years of practice, kid, obtained it,

But I gained your same fame with broken speakers in my basement.

Face it dude, you're a weirdo, with your powdered wigs and poop

Plus you let your cousin blow notes on your Magic Flute!

You spent most of your life baroque 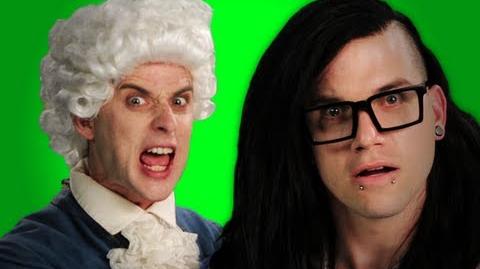 Epic Rap Battles of History - Behind the Scenes - Mozart vs Skrillex 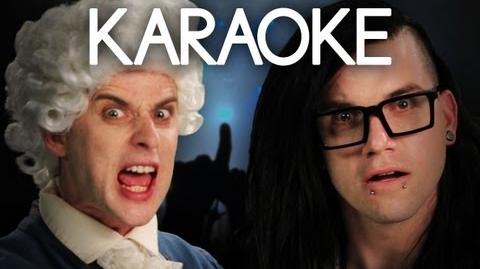 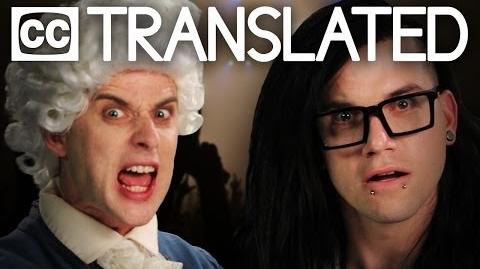 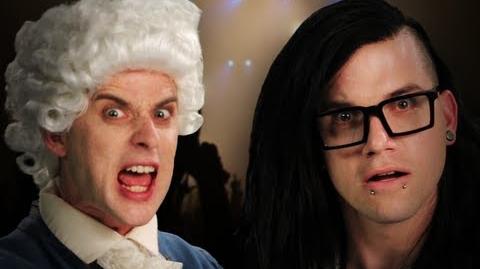 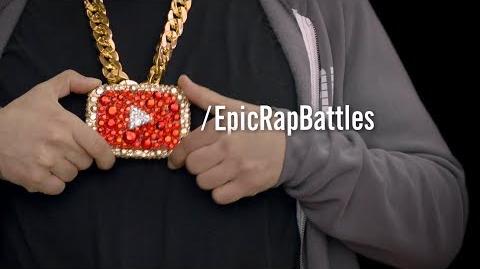 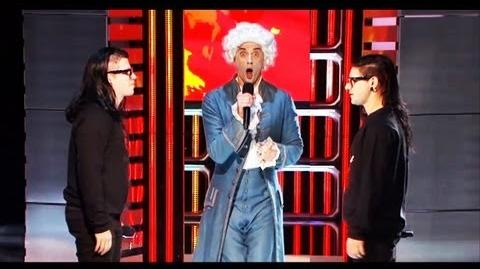 Mozart vs Skrillex. Live - with a Twist.