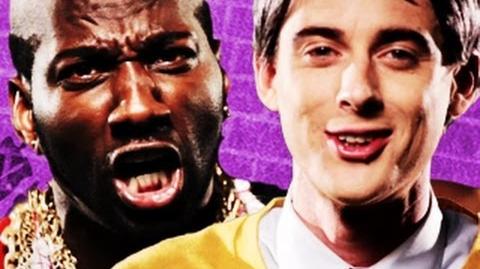 Mr. T vs Mr. Rogers is the thirteenth installment of Epic Rap Battles of History and the thirteenth episode of Season 1. It features actor and star of The A-Team, Mr. T, rapping against the host from the children's show Mister Rogers' Neighborhood, Mister Rogers. It was released on September 14th, 2011.

EpicLLOYD as the A-Team and Mr. McFeely

I pity the fool who tries to step to Clubber Lang!

Call me B. A. Biceps 'cause I'll crush your whole gang!

And watch me dip their ass in gold and wear 'em like my neck chain!

Sucka! I'll choke you with your own sweater sleeves!

You couldn't even beat me in the Land of Make Believe!

Punk! I will Mr. T bag you in the closest cemetery!

Nobody's gonna miss you 'cause all your friends imaginary!

The only gold I keep is on the shelf in my Emmys.

Who you calling dumb, fool? Mr. T only needs one letter!

Hello? It's for you: Bill Cosby wants his sweater!

You're a 40-year-old virgin in a dumpy-ass house!

I'll get Hannibal, Murdock, and Face to stomp you out!

The only pussy cat you ever seen is on Henrietta, sucka!

And your Mr. McFeely delivers a lot more than letters!

So before you come to battle with your PBS crap,

How 'bout I call up CPS about them kids on your lap, fool!

Get right back in your van, and get the fuck outta my neighborhood. 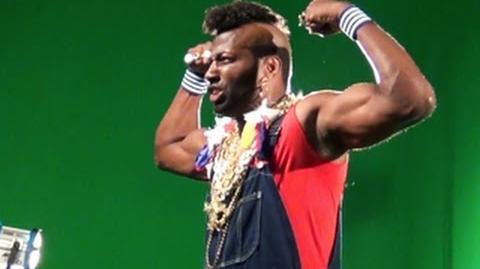 Epic Rap Battles of History 13. Behind the Scenes. 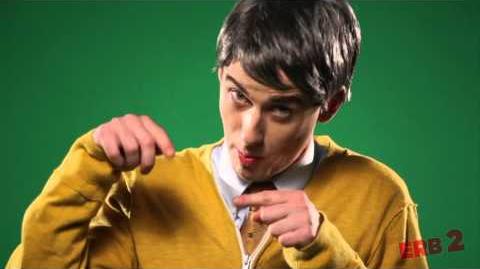 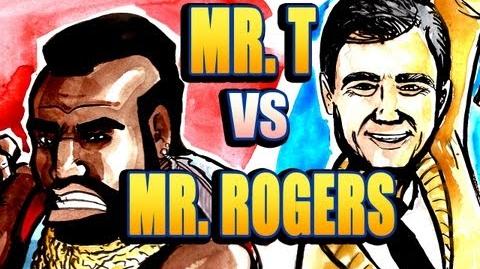 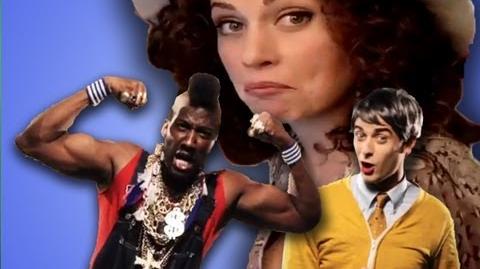