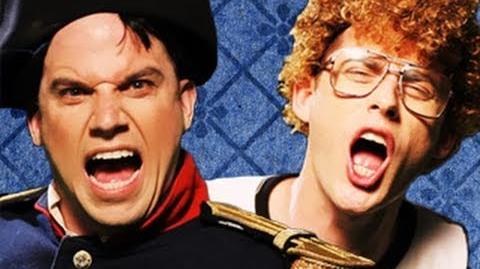 Napoleon vs Napoleon is the ninth installment of Epic Rap Battles of History and the ninth episode of Season 1. It features the French political leader, Napoleon Bonaparte, rapping against the main character from his eponymous film, Napoleon Dynamite. It was released on May 18th, 2011.

Gosh! I can't believe how much of a little bitch you are!

Welcome to the battle of Waterloo, part two! (Yes!)

I got skills! I'll put you in a half Horatio Nelson!

You can keep your French fries; I got tater tots, you gnome!

How dare you address moi, you adolescent worm?

I am French! You are a buck tooth nerd with a perm!

I spit at you harder than Tina the Llama,

Smacking your face till your lips swell up like Lafawnduh's!

Doodle up some friends, you gangly freak show,

Before I toss you over the mountain like the dreams of Uncle Rico!

This bastard's about to see how bad a battle can be.

After this, your buddy Pedro will be voting for me!

'Cause this is a rap rollercoaster. You're not even tall enough to ride!

I'm going to shove your moon boots straight up your poop shoot!

I'll whip you so bad, they'll make a virgin meringue!

You're the only type of dynamite that's never going to bang!

How dare you address moi, you insolent worm!

This boney bitch about to learn how bad a battle can be, 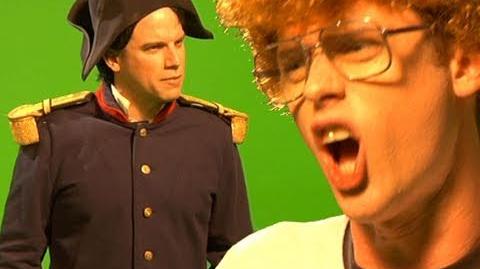 Napoleon vs. Napoleon - Behind the Scenes - EPIC RAP BATTLE 9 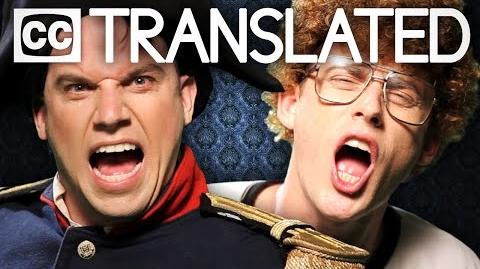