Newt Scamander made a cameo appearance in Harry Potter vs Luke Skywalker. He was portrayed by a Lego Minifigure.

Newton Artemis Fido "Newt" Scamander, O.M. (Second Class) was an English wizard, famed Magizoologist and the author of Fantastic Beasts and Where to Find Them. Early in life Scamander developed an interest in magical creatures, influenced by his mother's breeding of hippogriffs. He attended Hogwarts School of Witchcraft and Wizardry, where he was sorted into Hufflepuff House. While at Hogwarts, he was sentenced to expulsion though Albus Dumbledore, who had been his Defence Against the Dark Arts instructor, recognised his innocence, and objected strongly.

Scamander joined the Ministry of Magic, spending two years in the Office for House-Elf Relocation before joining the Beast Division. In 1918 he was commissioned by Augustus Worme of Obscurus Books to write Fantastic Beasts and Where to Find Them. The book became a best-seller, making Scamander a respected expert in the field of Magizoology. He became heavily involved in the Global wizarding war, where he bonded with Porpentina Goldstein and defied Gellert Grindelwald on three different occasions. He married Goldstein and they had at least one child. By the beginning of the 1990s, he was retired and living in Dorset. 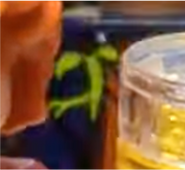