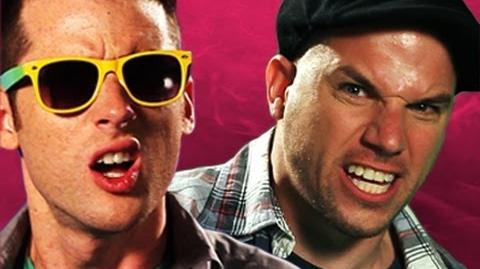 A sequel to this battle was released on January 9th, 2017. The YouTube page for this battle is where Peter and Lloyd briefly appeared in the interlude of the sequel.

KassemG as himself (speaking role)

[Note: Nice Peter is in blue, EpicLLOYD is in orange, and KassemG is in red.]

This is one vid, kid, that you won't ever survive!

You should start leaving. Look, your hairline's already retreating!

You're a short little sidekick. I'll call you Mini-Me!

I guess we could make, like, a second season.

Yes, exactly. And you, what's your name? I wanna say Todd? Umm… Lloyd.

You should start a YouTube channel. I have one. Great.

So what am I supposed to put on my channel?

How 'bout you make music, Peter, you know, like you used to?

Appearance in the rap battle (as location)

In Nice Peter vs EpicLLOYD 2, during the interlude, Nice Peter and EpicLLOYD snap and grab each other by the shoulders before pausing with the beat. The video cuts to reveal Peter and Lloyd in the video screen of the YouTube page of this battle, with an advertisement for the ERB Merchandise in the top right and the thumbnails for Michael Jackson vs Elvis Presley, Theodore Roosevelt vs Winston Churchill, Donald Trump vs Hillary Clinton, and Tony Hawk vs Wayne Gretzky below the ad. The viewer of the video then clicks the "like" button and Peter and Lloyd thank them before requesting that Allrounda and the ERB Crew prepare for the finale of the battle. 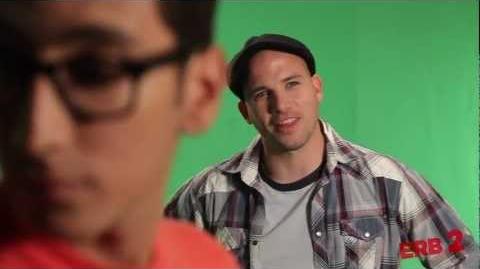 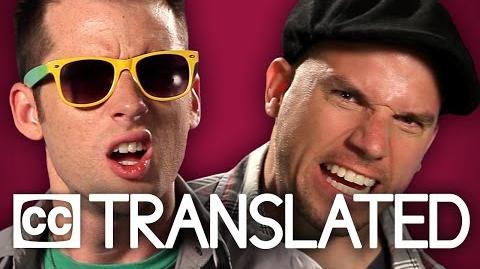