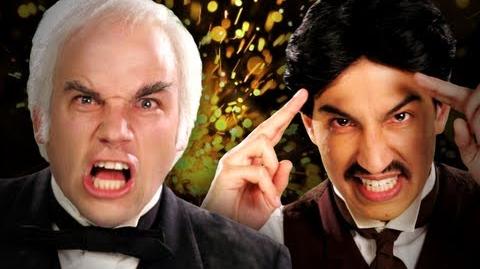 Nikola Tesla vs Thomas Edison is the thirtieth installment of Epic Rap Battles of History and the fifteenth episode of Season 2. It features the inventor of the Tesla coil and pioneer of alternating current, Nikola Tesla, rapping against the inventor of the first incandescent light bulb and discoverer of direct current, Thomas Edison. It was released on March 11th, 2013.

I don't alternate my flow; I diss you directly!

But no potential for threat from this enemy!

Giving lessons in electrical nemesis; this will be on the test!

So confess to your thefts, and let the whole world know

Your best invention was a way to steal credit.

I conduct business; understood things you never could!

And I'll bet you 50 thousand dollars that you'll never forget it!

Without me, here's a taste of what this battle would be:

What's inside mine was ahead of its own time!

It's a wireless transmission of truth, 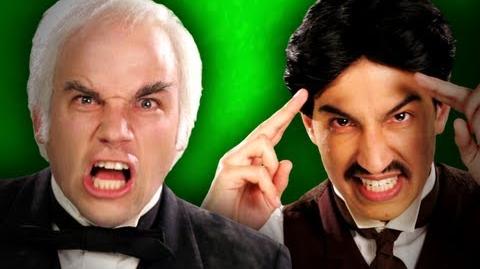 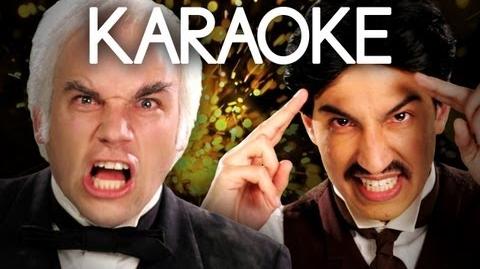 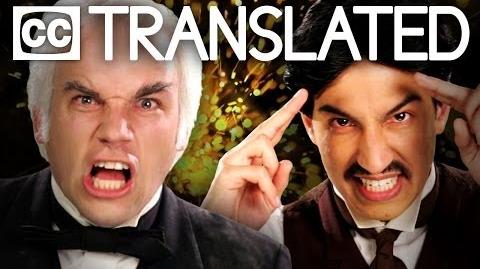 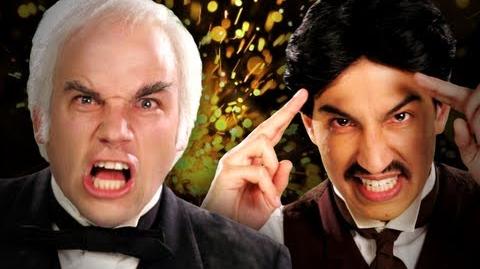 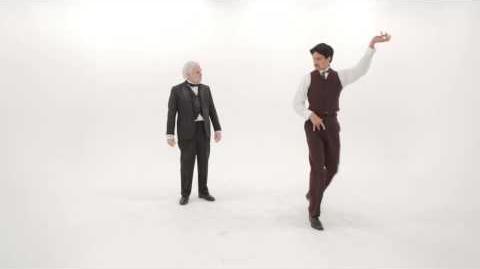 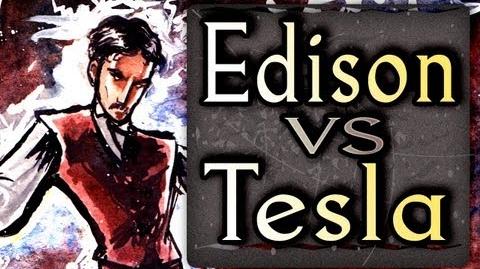 Retrieved from "https://epicrapbattlesofhistory.fandom.com/wiki/Nikola_Tesla_vs_Thomas_Edison?oldid=1493807"
Community content is available under CC-BY-SA unless otherwise noted.