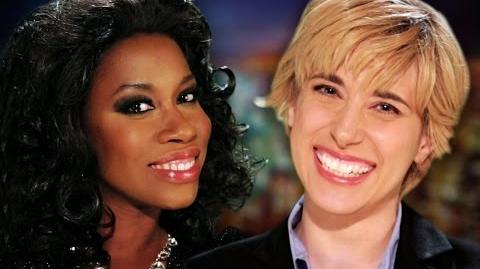 [Note: Ellen DeGeneres is in light blue, Oprah Winfrey is in gold, Dr. Phil is in light brown, and Stedman Graham is in gray.]

How do I tell my friend Oprah she's gonna get more whipped than Stedman?

I'll make her head spin! When it comes to rhymes, I got a penchant!

So if battling me is your intention, I better mention; you're 'bout to get licked by a lesbian!

Oh! I'll knock you off of your throne! Take a shot at everything you OWN!

I got the skill to make Doctor Phil say: I think you better just leave her alone.

You can tell Rachael Ray that my favorite recipe is

Chopping Oprah Winfrey up into a million little pieces!

I'm the Queen of TV, and I'm here to destroy ya,

So check under your seat, because I got something for ya!

Girl, your show's a petting zoo. You do a week on kittens,

Name's synonymous with power; spell it forwards or backwards!

Yes, you've got that power (power!), and yes, I've got those kittens! (Kittens!)

Make everybody feel good for a while!

Do a little dance and the crowd goes wild!

Kick you right back to the Miracle Mile!

I thought I told ya, your daytime reign is over!

I'm jumping over Oprah like I'm Tom Cruise on a sofa!

From ABC to LGBT

To NBC and now it's all me!

I'm the best emcee and the biggest star,

And I'll bite you in the ass like the tax on a free car!

You drive behind me in a secondhand Porsche!

Try to beef with me, I'll make the whole market crash, honey!

Once you go Oprah, you can't go back! 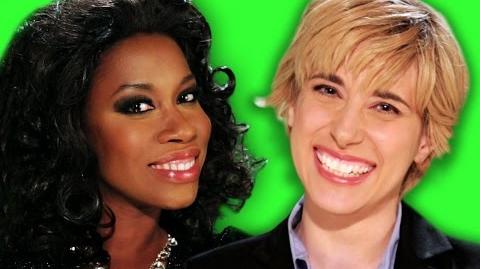 Oprah Winfrey vs Ellen DeGeneres. ERB Behind the Scenes 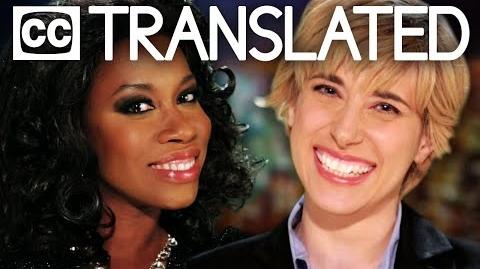