PrankvsPrank portrayed Leonidas and Queen Gorgo in Master Chief vs Leonidas. Jesse appeared again in Hitler vs Vader 3, where he made a cameo appearance as reused footage of Leonidas.

Information on the actors

Jesse Michael Wellens and Jennifer "Jeana" Smith, more commonly known together as PrankvsPrank, are a YouTube duo consisting of Jesse Wellens and Jeana Smith. They are most notable for making videos about pranking each other. Their channel has gained them over 1.7 billion views and 10 million subscribers.They are also known for making daily video blogs on their second channel, BFvsGF. They refer to their fanbase as the "Dope Fresh Nation". As of May 18th, 2016, the couple revealed that they would be splitting up and taking a break from their daily vlogging for an indefinite period of time. 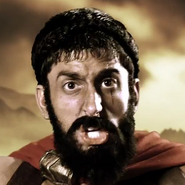 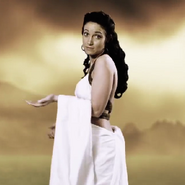 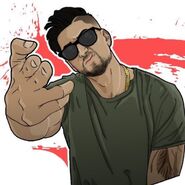 PrankvsPrank's YouTube avatar
Add a photo to this gallery

Retrieved from "https://epicrapbattlesofhistory.fandom.com/wiki/PrankvsPrank?oldid=1428686"
Community content is available under CC-BY-SA unless otherwise noted.