Ray Timmons was born in 1979. He is a model, writer, actor, singer, and member of a comedy music group known as The Weekend Pilots. 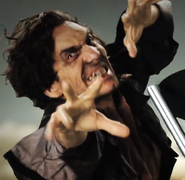 Ray Timmons as a walker (video) 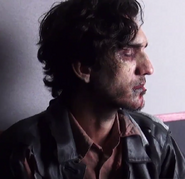 Ray Timmons putting on make-up to portray a walker (Behind the Scenes)
Community content is available under CC-BY-SA unless otherwise noted.
Advertisement