Ray William Johnson was born on August 14th, 1981 in Oklahoma City, Oklahoma. He is a YouTuber, video blogger, producer, and actor who is known for his YouTube series, "=3" (pronounced "Equals Three", now hosted by Carlos Santos); his former band, "Your Favorite Martian"; and his web series, Riley Rewind. He was previously the most subscribed channel on YouTube, now currently being overtaken by PewDiePie, Smosh, Jenna Marbles, Lilly Singh, and even ERB.

After the cancellation of "=3", he became more focused on scripted content, working on films such as Who's Driving Doug and We Love You, as well as co-producing a documentary about monopolies in the cable television industry. He is now mostly active on his Instagram account[1], posting short-form sketches. He is also currently a co-host of a Facebook podcast called the Kings of Influence, along with EpicLLOYD. His website can be found here. 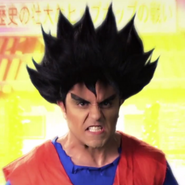 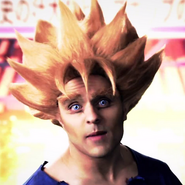 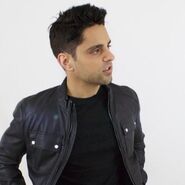 A Lego Minifigure of Ray William Johnson's alter ego, Your Favourite Martian, used for an old Monday Show intro
Add a photo to this gallery

[Note: Boba Fett is not present due to the fact that Ray did not portray him physically.]

Retrieved from "https://epicrapbattlesofhistory.fandom.com/wiki/Ray_William_Johnson?oldid=1451116"
Community content is available under CC-BY-SA unless otherwise noted.