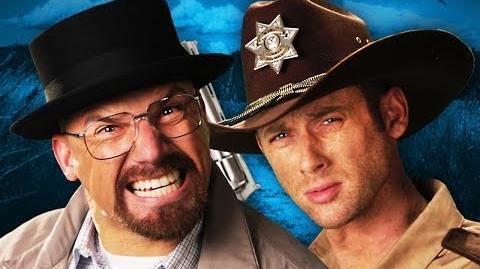 The Atlanta Outskirts
The Albuquerque Desert

Carl, stay back. This is gonna get bad.

I'm 'bout to show this lab rat how to be a real dad.

'Cause Sheriff Grimes rhymes dirty like my armpit stains!

I'm a post-apocalyptic cop who's got a lot of issues.

Pop a cap in you and splatter the brain you misuse!

Cooking up Blue Sky and bigger lies for Skyler,

You tore your family apart, sin by sin.

Where I live, it happens literally limb from limb!

So write this down in your pancakes so you won't forget it:

I kill zombies that are better men than you before breakfast.

I don't know what you think I've done,

But if we were to battle, I've already won.

Ask Gus: you don't wanna face off against me!

I'll stuff you in a barrel and make a dude smoothie! (Huaggh!)

Your sense of duty gets your group into some deep doody!

Always getting saved by some samurai booty!

I'm a kingpin, cooking crystal in the middle of the day,

Having dinner by the pool with the DEA!

Run you over with my Aztek, GTA,

If you ever try to stop Heisenberg getting paid!

Here's a hot dose; let me watch you choke on the truth!

You look up to me like I'm a pizza on the roof!

'Cause you're a loser; a failure to your whole entire crew.

Carl! I said stay back with the others,

While I finish this bitch like you finished your mother.

You ain't the danger to me, Walt, so knock all you want.

I'll watch you get eaten on my fucking front lawn.

Your monsters don't frighten me, and you can bite me!

I'll bury you faster than your partner stole your whole life!

No one saw Shane coming, except for your wife!

[Pop] a cap in your gray matter

If you threaten my group

'Cause you don't wanna test me I'm cold

You're feeble and selfish

Carl, you stay back and protect the others 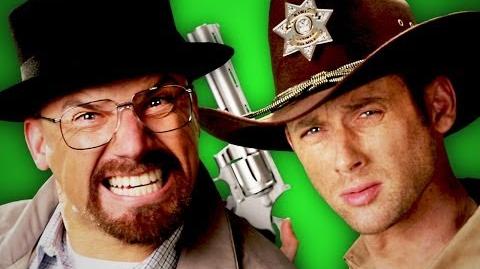 Rick Grimes vs Walter White. Behind the Scenes. Epic Rap Battles of History 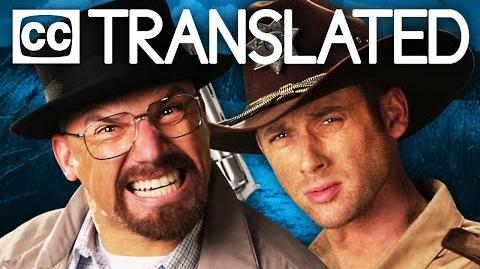 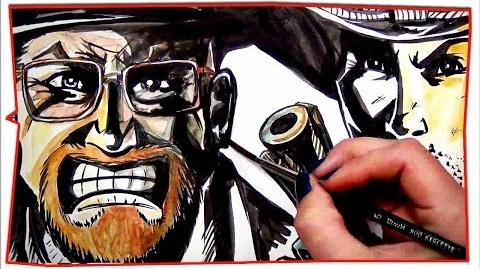