Robert "Rob" Rico is a comedian, rapper, producer, and member of the improv group Mission IMPROVable. Alongside EpicLLOYD, he helps to produce the freestyle rap/comedy show "Pass the Mic" at the Westside Comedy Theater. His website can be found here. 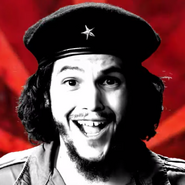 A preview of Robert Rico as Che Guevara

Guevara's hat being worn by Rico in "The Patreon Song" video 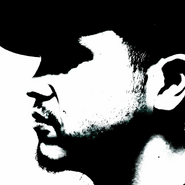