Shay Carl was originally supposed to portray King Henry VIII in scrapped battle King Henry VIII vs Hillary Clinton. A brief snippet of Butler as King Henry VIII was previewed at the end of Nice Peter vs EpicLLOYD, with the demo of the battle being released on the Epic Rap Battles of History Website on December 21st, 2017[1], and a full video following on February 15, 2020, as part of a Season 6 update video on the ERB2 channel.[2]

Shay Carl Butler was born on March 5th, 1980, in Logan, Utah. He is a YouTube personality mostly known for his YouTube channel SHAYTARDS, which also stars his wife Colette, and his children, Gavin, Avia, Emmi, Brock, and Daxton. 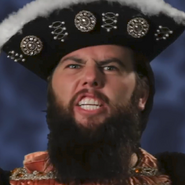 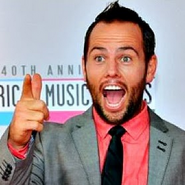 Butler's YouTube avatar
Add a photo to this gallery

Retrieved from "https://epicrapbattlesofhistory.fandom.com/wiki/Shay_Carl?oldid=1473726"
Community content is available under CC-BY-SA unless otherwise noted.