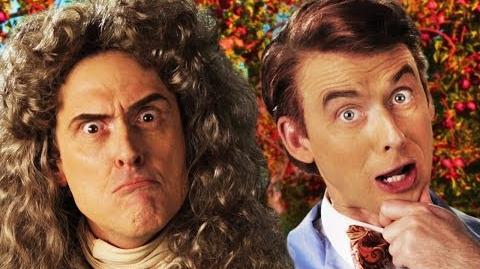 Sir Isaac Newton vs Bill Nye is the forty-third installment of Epic Rap Battles of History and the tenth episode of Season 3. It features physicist and founder of the laws on gravity, Isaac Newton, rapping against the host of Bill Nye the Science Guy, Bill Nye, along with a surprise entry from astrophysicist, author, and science communicator, Neil deGrasse Tyson. It was released on June 16th, 2014.

[Note: Isaac Newton is in light brown, Bill Nye is in light blue, Carl Sagan is in yellow, and Neil deGrasse Tyson is in dark brown.]

Of all the scientific minds in history,

They put Beaker in a bow tie up against me?

I'm a master; I discovered gravity!

I drop rhymes like they're falling from an apple tree!

You're no match for me! You got a bach degree!

I got a unit of force named after me!

When I start flowing, I stay in motion!

First law! Did you catch that? Or did it go too fast to detect?

Perhaps it'd be better if I added in a bleep or a bloop or another wacky sound effect!

I was born on Christmas: I'm God's gift!

I unlocked the stars that you're dancing with!

While I create the science you explain to kids!

Yes, it's true. What I used to do is teach kids science on my PBS show,

But now I do what I gotta do to make sure scientific thought can grow!

And I'm still in my prime, hitting my stride. What'd you do with the back half of your life?

You freaked out, started counting coins for the bank, and you sure didn't have no wife! (Ooh!)

You wrote the book on gravity, but you couldn't attract no body!

Your work on orbits was exemplary, but your circle of friends was shoddy! (Oh!)

You don't wanna mess with the guy, Bill Nye! (Why?)

I rap sharp like a needle in your eye! (Oh!)

Stick to drinking that mercury,

'Cause I hypothesize that you're about to get beat!

Well, I conclude that your methods are the wackest!

You wouldn't even pass in one of my classes!

Every action has an equal and opposite reaction

Except for when we both start rapping!

I accelerated the mind of mankind to a higher plane of understanding, and

I can calculate the weight and the size and the shape of the shadow of the mind you're standing in!

And I will leave you with a page from a book I wrote at half your age to rebut:

The integral sec y dy from zero to one-sixth of pi is log to base e of the square root of three times the sixty-fourth power of what?!

Why don't you pick on a brain your own size? (Own size!)

We got a badass over here; plus, I got your back, Nye!

By the way, the answer to your little calculation is i,

As in I put the swag back in science,

While Isaac Newton was lying and sticking daggers in Leibniz,

And hiding up inside his attic on some Harry Potter business.

The universe is infinite, but this battle is finished.

It's true, all I used to do is teach kids science on my PBS show. 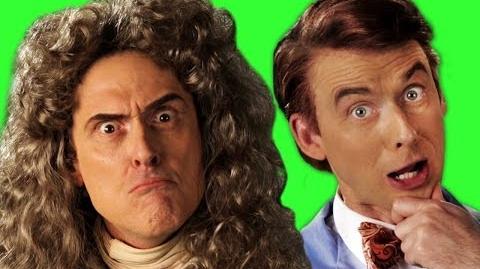 Sir Isaac Newton vs Bill Nye. Behind The Scenes of Epic Rap Battles of History Season 3. 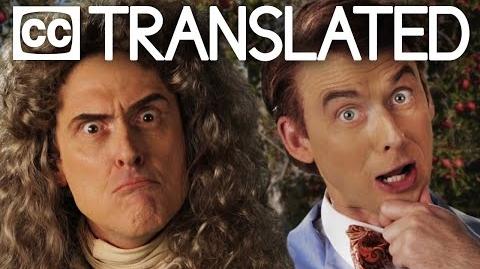 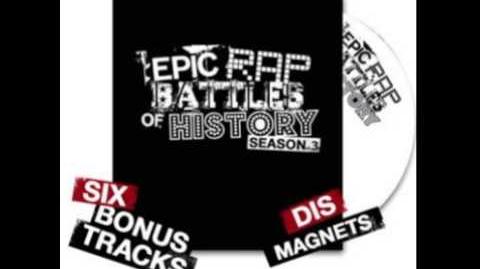 15 Newton Vs Nye What We Sent Al 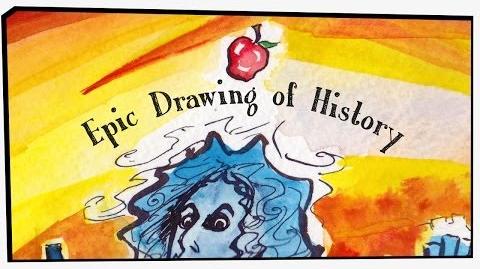