Stephen Edwin King was born on September 21st, 1947, in Portland, Maine. He is an author of contemporary horror, supernatural fiction, suspense, science fiction, and fantasy. His books have sold more than 350 million copies and many of them have been adapted into feature films, television movies, and comic books. King has received Bram Stoker Awards, World Fantasy Awards, and British Fantasy Society Awards.

Many of his stories are set in his home state of Maine. His most famous stories include The Shining, Misery, Carrie, The Shawshank Redemption, It, Christine, The Stand, The Green Mile, and The Dark Tower series. He is frequently considered one of the greatest horror authors of all time.

Oh, you want to talk shop, you gothed-out fop?

Go back to Hot Topic and shop for a top!

In the King's house; now watch the Castle Rock!

I'm a workaholic with a fiction addiction!

Feel that Rage and Misery!

You better start Running, Man! You're in deep poo, Poe!

Tommyknock you down till you can't Stand up!

You're as soft as Po, the Kung Fu Panda!

Racks on racks 'cause I pen fat stacks of frightening writing; have you seen the pile?

I can even take a break from my routine style!

Crank out a Shawshank or a Green Mile!

Pit and the Pendulum? Not even unnerving.

*sigh* Speaking of bored, you're the worst!

Dropped out of school, but you can't drop a verse!

I could have spent that time better.

In eight bars, I can write a whole best-seller!

I'm so prolific! This sickly goblin won't be bothering me! I'm on a clobbering spree,

And I'll be smacking you with any of the big thick books in my big dick bibliography!

See, I'm the author with the blood and gore lore galore that'll horrify a reader to the core! 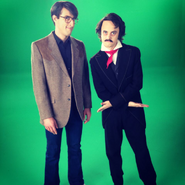 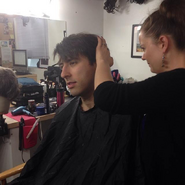 Retrieved from "https://epicrapbattlesofhistory.fandom.com/wiki/Stephen_King?oldid=1474428"
Community content is available under CC-BY-SA unless otherwise noted.