Faheem Rashad Najm, best known by his stage name, T-Pain, was born on September 30th, 1985, in Tallahassee, Florida. He is a rapper, singer, songwriter, and record producer. He has won two Grammy Awards, alongside artists Kanye West and Jamie Foxx, respectively, and has featured on over 50 chart-topping singles from 2006 to 2010. His website can be found here. 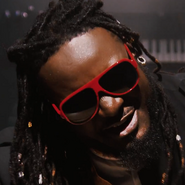 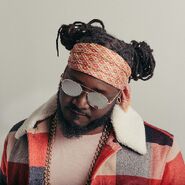 T-Pain's YouTube avatar
Add a photo to this gallery
Retrieved from "https://epicrapbattlesofhistory.fandom.com/wiki/T-Pain?oldid=1441863"
Community content is available under CC-BY-SA unless otherwise noted.