Adam Nyerere Bahner, more commonly known by his stage name, Tay Zonday, was born on July 6th, 1982, in Minneapolis, Minnesota. He is an American singer, musician, actor, and YouTuber. Zonday initially gained fame through his viral video, "Chocolate Rain",[1] which has since become one of the most popular viral videos on YouTube. His website can be found here. 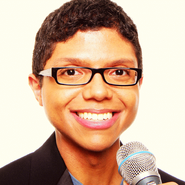