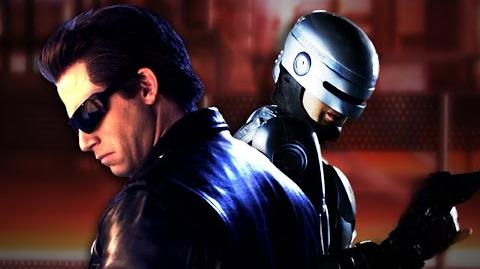 Terminator vs Robocop is the fifty-fourth installment of Epic Rap Battles of History and the ninth episode of Season 4. It features cyborg assassin from its eponymous film series, the Terminator, rapping against cybernetically enhanced police officer, RoboCop. It was released on June 22nd, 2015.

EpicLLOYD as the Terminator

Freeze! I suggest you use your right to remain silent

Before I show your Gobot ass some Detroit violence!

I'm like an X-Wing commander 'cause I stay on target.

I take over these streets like I'm a farmers' market!

I wonder where the Cyberdyne research went

That they couldn't fix your funky Hans and Franz accent!

They sent you back to kill a child, but he's defeating you still.

They should have made a time-traveling morning-after pill!

And I didn't think I had any feelings left inside me,

But my heart was surely broken after Terminator 3!

I'm RoboCop, and I got the flow

Wrong. I have detailed files on the conclusion of your trilogy.

That movie failed Detroit worse than the automotive industry!

And I'll be sweeping up your robo-bits like paperclips when I'm done!

That rapidly bashes your brains and dismantles that puny pea shooter that fits in your leg!

We're not the same! You peel away my perfect skin, you find super computers!

You look like Krang wearing a cold press juicer!

They left off your balls when your suit was created!

"I still love you, Alex." Bullshit! Your sex life is terminated!

Based on my detailed analysis of the lyrical structure of battle raps,

It's time for your next shit verse, and then… I'll be back!

You only know a programmed robot boner for John Connor!

(Uh!) OCP gave me the skills to wreck this.

I can't help it if I'm fresh; it's my prime directive!

I'll punch through your face hole and rip out your vocal cords,

Then mail your space helmet back to Geordi La Forge!

Nice try, but I'm too quick on the draw.

What can go wrong for you will, creep: Murphy's Law!

Chill out, dickwad. Your emotions are wrecking your flow!

I couldn't find a decent rhyme in your line if I was in search mode!

You're too slow! I blow more steam through machines than a barista! 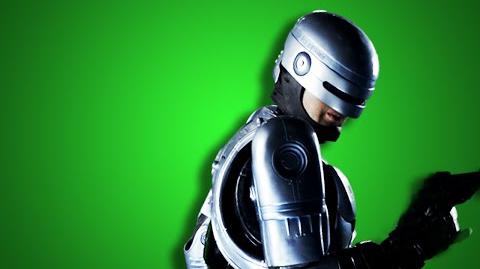 Terminator vs RoboCop. Behind the Scenes of Epic Rap Battles of History pt. 1 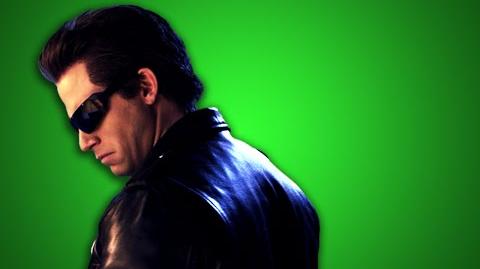 Terminator vs RoboCop. Behind the Scenes of Epic Rap Battles of History pt. 2 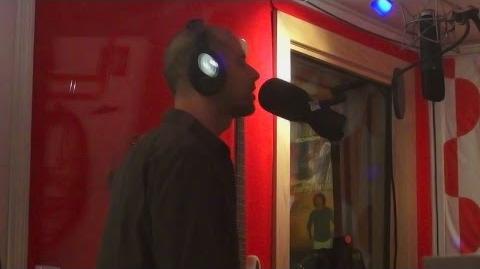 Terminator vs RoboCop. Behind the Scenes of Epic Rap Battles of History pt. 3 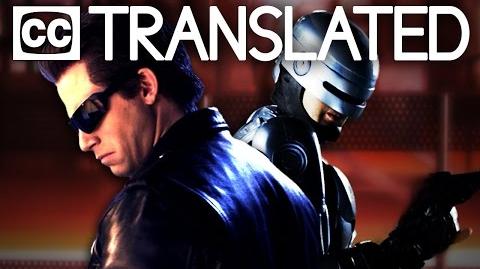