The Mythbusters battled the Ghostbusters and the Stay Puft Marshmallow Man in Ghostbusters vs Mythbusters. They are a team consisting of Jamie Hyneman and Adam Savage, who were later joined by the B-Team: Tory Belleci, Grant Imahara, and Kari Byron; they were portrayed by Nice Peter, EpicLLOYD, Chris Alvarado, KRNFX, and Mary Doodles, respectively.

The MythBusters are a science entertainment television group, consisting of special effects experts Jamie Hyneman and Adam Savage. Originating in 2003, the Mythbusters use elements of the scientific method to test the validity of myths, rumors, movie scenes, adages, Internet videos, and news stories. The show is one of the oldest and most popular shows on the Discovery Channel currently in production. Alongside them were Kari Byron, Tory Belleci, and Grant Imahara, until they left the show in August 2014. The show ended on March 5th, 2016. 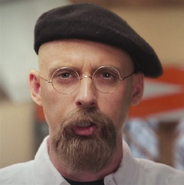 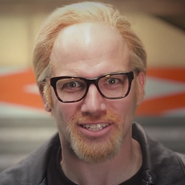 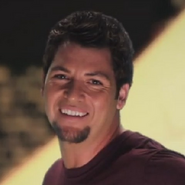 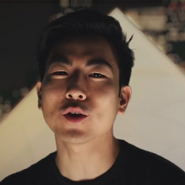 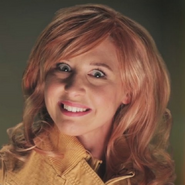 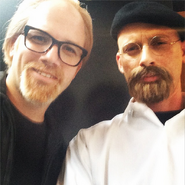 Jamie Hyneman and Adam Savage taking a Mythbusters' selfie
Add a photo to this gallery
Retrieved from "https://epicrapbattlesofhistory.fandom.com/wiki/The_Mythbusters?oldid=1450596"
Community content is available under CC-BY-SA unless otherwise noted.