Tone Jonez has worked as a beat producer for three episodes of Epic Rap Battles of History, two episodes of Flash in the Pan Hip Hop Conflicts of Nowadays, and one episode of Dis Raps For Hire.

Antonio Jones, professionally known as Tone Jonez, was born in June 1985 in Aiken, South Carolina. He is a music producer, writer, engineer, and musician based in Atlanta, Georgia. Jonez has produced beats for Ronald McDonald vs The Burger King, George Carlin vs Richard Pryor, and Mother Teresa vs Sigmund Freud. He has also produced the beats for the Flash in the Pan Hip Hop Conflicts of Nowadays episodes Ronald McDonald vs The Burger King and Larry Bird vs Big Bird, as well as the Dis Raps For Hire episode Cory. His website can be found here. 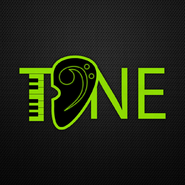 Tone Jonez's YouTube avatar
Add a photo to this gallery
Retrieved from "https://epicrapbattlesofhistory.fandom.com/wiki/Tone_Jonez?oldid=1458430"
Community content is available under CC-BY-SA unless otherwise noted.