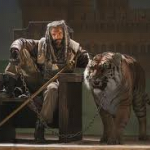 Joe is the name. Welcome to my page. I write raps and talk to people. It's why I'm here (As well as for some great friends). (That took ages to write btw)

My name is Joe. I'm 20 years of age. I was diagnosed with Asperger's syndrome aged 6. I am very antisocial and spend most of my time on the internet. We have a running joke in my family of me not surviving without wifi. I live in the idyllic English county of Yorkshire. I'm English yet get called a Slovenian immigrant as it is often where I spend my holidays.

I have very....niche music taste (non-existent). I mostly listen to old punk bands as that is what my dad listens to in the car. I do love ERB tho and am partial to They Might Be Giants. My favourite songs are Istanbul (Not Constantinople) and Birdhouse In Your Soul. My favourite Rap Battle is George Washington vs William Wallace.

Knows his stuff. Even if he supports Chelsea.

He has the Metal

She is the one who stalks

My favourite person ever

People that I counted as friends, prior to them leaving the wiki.

People to thank for helping with battles

User:Tkid115 (As Link in Mario vs Link and Aquaman in Percy Jackson vs Aquaman)

User:J1coupe (As Ness in Mario vs Link)

User:BreZ (As Hiccup in Dany vs Hiccup)

User:Iamthelegion (As Wolverine in Wolverine vs Freddy Krueger)

This is the list of serieses that I have written. I would reccommend sticking to reading Wiki, Ten Hated Wikians, and Wiki: Apocalypse, as the others are ones written a long time ago, and may never be finished.

Me on the Wiki

If I could sum up my time on here in one word it would be....controversial. I've been involved in my fair share of disputes, though often it's me being misunderstood (eg the Reson event) or me sticking up for the wrong person (eg Devil).

My happiest days on here? Finally getting my lucky badge :P Nah most days here are cool, there's some great people on this site that can quite often make my day *cough* NikkiTrent&Fire *cough*

Lewis Carroll vs CS Lewis (Writers of fictional universes where animals can talk, both used the name Lewis as a pen name)

William Ewart Gladstone vs William Wilberforce (british William's who fought in favour of oppressed peoples, the Irish and slaves respectively)

Richard Branson vs Mark Zuckerberg (Entrepeneurs who dropped out of school)

Jon Snow vs Shaka Zulu (Bastard warrior leaders who unite warring tribes against larger threats, before being killed off by their brothers.)

David Bowie vs Oscar Wilde (Flamboyant British lyricists who spent much of their careers in a form of exile and, throughout their careers, endured mass speculation about homosexuality)

Rodrigo Borgia vs George W Bush (Members of familial 'dynasties' in roles that are specifically not meant to be held by dynasties. They both allegedly bought their way into elected roles as heads of the free world.)

'Jon Snow vs Harry Potter ('Chosen one' figures that fight a faceless, magical and immortal threat. Both lose their parents at an early age, before being adopted in by their uncles. They both befriend a book smart individual that others scorn, and go on to begin taboo relationships with red headed women. Both end up being killed, only to return to life as their true purpose had yet to be finished.)

People not in my suggestions who should be in ERB

Retrieved from "https://epicrapbattlesofhistory.fandom.com/wiki/User:Joeaikman?oldid=1372113"
Community content is available under CC-BY-SA unless otherwise noted.