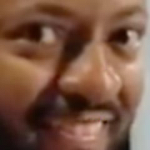 For years, I've been disrespected by each and every one of you, some more than others. Some justified, some not. I endured it. I didn't mind it, it didn't bother me, but I did see that it was happening.

So many times I asked why, why would they just not get to know me. But you guys would never, you only saw the "sex crazed troll" before you and never bothered to look further. It's your loss, really. But I don't blame you guys honestly. Some here, most here, are teenagers without any sense of logic so it's only understandable you guys would not look further than meets the eye.

So I got promoted by Piet, which he told me was a permanent promotion, and you know when multiple people in power say that I am a very capable leader but the current system doesn't allow then isn't there really something wrong with the system? Some of those people in power are there for a reason so I trust their judgment more than somebody who got promoted because they're likeable. But that's okay.

I figured I'd join the footsteps of my fellow comrades, my friends I made on this wiki and leave. Not like you guys would miss me or anything, judging by how well I'm liked. So why make this blog? I just want you to understand that if I wasn't an emotionless creature but somebody who had a heart you guys would've probably driven me to suicide will all of the hate and dislike I've received for all these years.

I remember the Private Messages some of you people sent me, or things you said behind my back, about how ugly I am or how horrible of a person I am. I always find out, and it entertains me to think you guys think you're all being clever. But that's my fault, I believed too much in some of you, thought you could make it in the big bad scary world.

Unfortunately, I was wrong, and most of you are still in your imaginary bubble...scared of the real world, real responsibilities, real things to do in life besides sit behind a computer on an internet wiki thanking those people for being there while somebody was mean to you that day and you felt depressed for that tiny second there.

Poor you. I feel bad for you, really. But nevertheless, I wouldn't be Based God if I wouldn't go out with a bang, right? A big green giant promotion demotion blocking classical bang, right? Right?

Retrieved from "https://epicrapbattlesofhistory.fandom.com/wiki/User:TonyMacaroni?oldid=1457237"
Community content is available under CC-BY-SA unless otherwise noted.