Verona Blue portrayed Boushh the Bounty Hunter—who was later revealed to be Darth Vader disguised in the suit—in Hitler vs Vader 2.

Verona Blue was born in Toronto, Canada. She is a Los Angeles-based actress, writer, producer, model, and friend of Nice Peter and Mary Doodles. Blue has appeared in several television shows, including Bosch, Shameless, Married, and Mom. Her website can be found here. 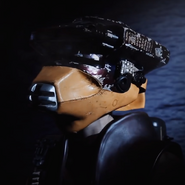 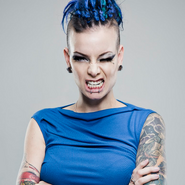