Born James Howlett and commonly known as Logan, Wolverine is a mutant who possesses retractable claws, animal-keen senses, enhanced physical capabilities, and powerful regenerative ability known as a healing factor. In many adaptations, Howlett was inducted into Weapon X, a top-secret Canadian government program to create human superweapons from which his skeleton was infused with adamantium, a nigh-indestructible metal. He has been depicted variously as a member of the X-Men, Alpha Flight, and the Avengers. He was portrayed by Hugh Jackman in the X-Men movie franchise.

Wolverine is typical of the many tough antiheroes that emerged in American popular culture after the Vietnam War; his willingness to use deadly force and his brooding nature became standard characteristics for comic book antiheroes by the end of the 1980s. As a result, the character became a fan favorite of the increasingly popular X-Men franchise, and has been featured in his own solo comic since 1988.

Nice glove, bub, but I'm real from bones to teeth.

And that claw is like a strap on: there's a pussy underneath.

Don't sleep? That's all you got for me? Could defeat your ass with a cup of tea!

I been to hell and back and whooped Satan's ass, you got beat by a Nancy on Elm Street!

The PTA turned your face into Deadpool's ballsack,

Wrapped in a Where's Waldo? sweater,

Jason can't talk and he rocks the mic better!

So step into my catnap, see if you can hack that, better hang on to your whack hat,

'Cause your worst nightmare ain't Hugh Jack shit compared to the least of my Weapon X flashbacks!

You'll only ever be half of Edward Scissorhands!

So don't get me more pissed, chump.

I'll take your whole franchise out with a fist bump!

I'll call you tomorrow morning if I need my toast buttered.

I ain't got time for this. I'm saving the world. What qualities do you bring?

You're a pedophile from the Midwest. At least R. Kelly could sing!

So you've got the wrong room if you're looking for fear.

Only thing scares me is a fridge with no beer!

That face tells me you've met your match,

But come back if you've got another itch to scratch!

I'll be at the doctor when I'm through wrecking your spot

But only for a booster for my tetanus shot

The glove, the hat, the kid-touching: can't help but compare it

You're half MJ, half Subway Guy Jared

With that nut sac head looks worse than Deadpool

'Cause I'm looking at your face and you're already pretty burned

You better stay behind walls 'cause your face looks fucking awful

The sweat stains from that nasty hat are the real horror

You keep showing up in people's dreams like Fedora the explora

When the glove comes off you're more like Freddy Mercury

When the glove comes off you're all gums and no teeth

A closeup-shot with Freddy Krueger as Wolverine's claws

Wolverine's claws as seen in the Season 6 trailer, hinting at his appearance 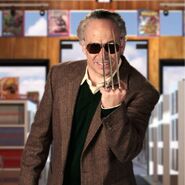 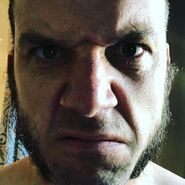 Another look at EpicLLOYD with Wolverine's sideburns 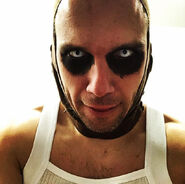 EpicLLOYD with makeup and headgear for the comic costume 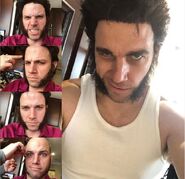 A collage of EpicLLOYD turning into Wolverine posted on EpicLLOYD's instagram page
Add a photo to this gallery
Retrieved from "https://epicrapbattlesofhistory.fandom.com/wiki/Wolverine?oldid=1470459"
Community content is available under CC-BY-SA unless otherwise noted.