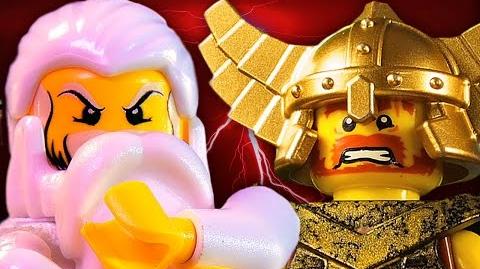 Zeus vs Thor is the forty-eighth installment of Epic Rap Battles of History and the third episode of Season 4. It features the Greek god of thunder, Zeus, against the Norse god of thunder, Thor. It was released on November 24th, 2014.

[Note: No live action was used in this rap battle. All characters were portrayed by Lego Minifigures.]

[Note: Zeus is in turquoise, Thor is in gold, Loki is in green, and Cerberus is in brown.]

How dare you challenge my immortal throne?

I'm the father of the Gods! Put your daddy on the phone!

Maybe Odin could beg me for a truce 'cause when Zeus lets loose,

I'll put your cross-dressing neck in a noose!

I'm like Medusa: I stone a mother fucker if he looks at me wrong!

I'm a bull getting bitches with my swan schlong!

Rhymes colder than the frosty balls of your giants!

And get a taste of this Scandinavian greatness

Brought forth by my raging thunderstorm force

Valhalla-atcha boy and we'll flyte it out,

But keep your Asgard up; I Ragnarök the house!

You tongue kiss your sister! That's grosser than a Gorgon!

I'm the thunder down under, nailing Natalie Portman!

Who would ever worship someone as abusive as Zeus is?

You're ruthless to humans! Your crew is like the clash of the douches

Ruling over the Greeks: a people weak and frightened!

I'd spit in your face, but you'd probably like it!

Only a mindless fool would knock the fathers of philosophy.

My Greeks built the bedrock of democracy!

With astronomy, they charted out the movements of my kin:

All the pimps of Mount Olympus and me the kingpin!

Let this sink in: I'm about to rain on your parade!

Itchy trigger finger quicker with the bolts than Usain!

You're history! I'll be the first to put it in writing!

Rain, old man? This is hardly a drizzle.

You couldn't give the women in my homeland the sniffles.

You can keep your astronomers. I'll sail with the conquerors

For thousands of kilometers, discovering the continents!

Send you deeper underground than the depths of your Hades!

Now, make like your daddy and swallow my babies!

You think the Underworld scares the ruler of the skies?

You're joking! Loki must have written your lines!

By the time I'm finished whipping you with wits and rhymes,

You'll need a lighter for your ship 'cause a Viking just died!

Your glory days are over. The Oracle shoulda told'ya.

I'll kick your wrinkly dick back in your toga like "Opa!"

Here, take these drachma for your eyes.

When you get to River Styx, tell your three-headed bitch I say "hi." (Woof!)

You've never been to war with the likes of Thor before!

The Oracle should have warned you of the blood and gore!

You tongue kiss your sister and consort with Gorgons!

You're ruthless to humans, I'm pooching on this God of the douches,

And when we're through with this your hubris will send you to Hades!

So make like your daddy and swallow my babies.

I'm the father of the Gods, Barbie, mind your manners!

Flip more middle fingers at you than a hundred-hander!

Take your little tool away, you're just a blond Bruce Banner!

I'm Olympic gold standard, on point like a trident!

Drop science colder than the frosty balls of your giants!

Poseidon couldn't fathom the depth of your thickness!

I bask in the sun, you chose the land of Christmas!

Take your tool away, you're just a blond Bruce Banner!

You fuck with Zeus, you end up dead!

"But I have to save the mortals!" Ech! Blow me.

I'll be boozing on some ouzo at the beach with Loki!

There's a 100 percent chance in the weather forecast

Of Zeus raining wrath down upon Thor's ass!

You look miserable, old, and fat.

And you grope so many maids you surely have the thunderclap!

It's the swan song for your bullshit, with Leda and Europa!

You shape-shifting rapist, keep your dick inside your toga!

Thor's a mighty soldier, you're a poor carbon copy, only older.

You call yourself mighty but you're not to my liking,

So I'll strike this weak Viking twice with greased lightning!

This blond shit talker is soft as Betty Crocker!

I'm a stone cut stud like I stared down a Gorgon,

Got the thunder down under nailing Natalie Portman!

You're ruthless to humans, the truth is you're God of douches!

I am the alpha and the O, mega!

Without the Avengers, you would never be remembered! 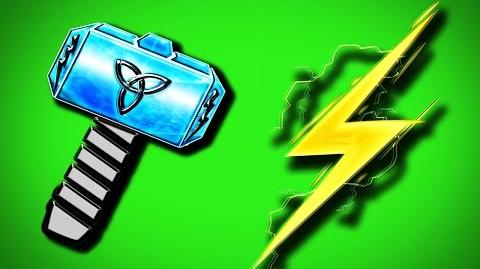 Zeus vs Thor. Behind the Scenes of Epic Rap Battles of History pt.1 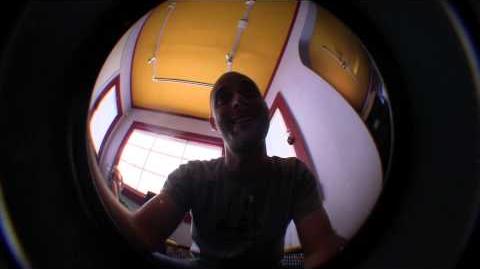 Zeus vs Thor. Behind the Scenes of Epic Rap Battles of History pt.2 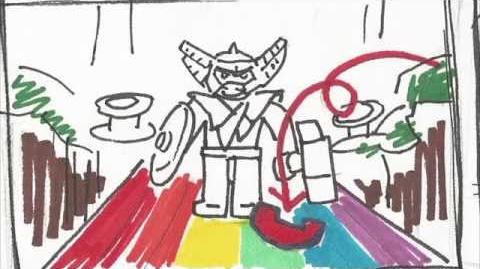 Zeus vs Thor. Behind the Scenes of Epic Rap Battles of History pt.3 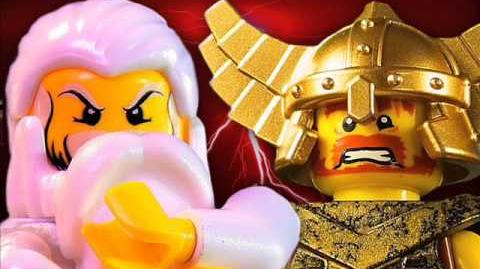